In recognition of significant contributions to the field of occupational therapy and service to the Western Australian community through the Girl Guides, Jo Barker AM and Liz Butson AM were appointed Members of the Order of Australia in the 2019 Australia Day Honours list.

Although their careers and individual contributions are quite different, Emeritus Professor Jo Barker and Liz Butson have both been active and generous in their engagement with their communities and believe that being involved in groups, organisations and activities is important to build leadership skills, develop a sense of place and belonging, and to build an understanding of self purpose through
participation and giving back. 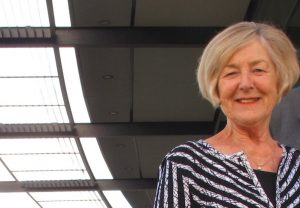 Throughout her career, Emeritus Professor Barker pursued her belief and contributed significantly to the recognition of occupational therapy
as an area of great importance in the health disciplines — a theme that continued beyond her professional career and into her contributions to community organisations. Professor Barker was Chair of the Mandurah Performing Arts Centre for 10 years, raising its profile and establishing the centre as a cultural hub for the region. She also Chaired the board at John Tonkin College and was an advocate for Alzheimer’s WA raising funds along with her husband for the establishment of a sensory garden at Ella’s house in Mandurah. Most recently she became Chair of theBoard of Coolibah care residential home in Mandurah.

Developing a dementia friendly community in Mandurah is what has really captured Professor Barker’s love and interest of late.

“A dementia friendly community is one where the wider community such as local councils, shop owners, schools and community groups are provided with information and training to assist them understand and recognise dementia so that those with dementia, remain included, accepted and a vital part of the community,” said Emeritus Professor Barker.

Some of the libraries in Mandurah are making changes to help people with Alzheimer’s and Farmer Jack’s shopping centre are improving signage for the same purpose.

Professor Barker says it’s also about helping people with dementia become more involved and welcomed in the community to keep them active and engaged for as long as possible.

Our population is ageing so it’s becoming more important for the public to become increasingly aware of the implications and challenges that ageing poses for the whole community. Professor Barker is working with Murdoch University to develop a program for registered nurses to upgrade their skills in aged care. They also hope to develop options for people with lower education levels who want to work in aged care, the ability to achieve aged are certification. Professor Barker believes that Mandurah is well-placed to develop care facilities, education and training, and a dementia friendly community to become a centre of excellence in aged care.

Professor Barker said that engaging the community, including young people, is at the core of the community taking ownership of an issue and making a real difference. Exposure to activities like sport, volunteering, youth council, getting involved and learning to give back to the community as early as possible helps kids to build leadership skills, communicate in different ways with different people and learn about different issues the community is facing.

Recently, students from Mandurah Catholic College, with the help of Bendigo Bank, designed, built and installed a bench for the garden at Ella’s House. The project was funded by Bendigo Bank with about 20 students contributing to its construction and installation. Ella’s House is a day care centre for people with Alzheimer’s and the garden was established with fundraising through Alzheimer’s WA. The bench commemorates Professor Barker’s late husband, David Waddell.

When asked about her appointment as a Member to the Order of Australia, Professor Barker said it was a great honour and that she was very grateful to her sponsor.

“Personally I don’t like public acclaim — I much prefer to do things! I have had a very fortunate life and have always enjoyed giving back, so I found myself feeling a little bit strange about being rewarded for things I always enjoyed, but it is a huge honour of course.”

That feeling was echoed by Liz Butson AM, whose community contributions through the Girl Guides were also recognised by her own appointment to the Order of Australia. Mrs Butson’s long association with the Guides began in 1958, working up to the senior section and later becoming a leader. She has been active with the Guides ever since, holding the position of State Commissioner for five and a half years and is currently on the Awards Committee for Western Australia.

Girl Guides Australia empowers girls and young women to grow into confident, self-respecting, responsible community members. The Australian Guide Program helps girls to learn life-skills and leadership while having fun, making friends and enjoying the outdoors. Everything that Girl Guides do is related to the four Guide elements; Self — challenging yourself; People — Making friends, sharing,
caring and understanding others; Practical — Learning skills that will help you through life; Physical — Being active, healthy and strong.

Mrs Butson believes that it’s important for girls to be given the opportunity to learn amongst and be guided by other females, and to also be given opportunities where their interests and skills can be extended by international connections and events. President elect of the WA branch of Soroptomists International and former Mandurah President, Mrs Butson says there are obvious similarities between the Guides for girls and Soroptomists for women, and that the Soroptomists are committed to a world where women and girls together achieve their individual and collective potential, realise aspirations and have an equal voice in creating strong, peaceful communities worldwide. 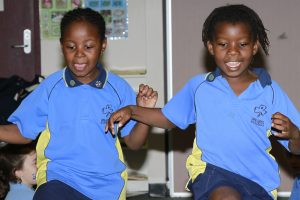 “Having watched Girl Guides on the world stage for a number of years, a lot of the groups in developing countries have been able to make physical changes — things that you can actually see. In Australia, the results of this kind of work is less about results you can actually see, but more about changing attitudes. Unfortunately, some of the hardest things to sell are those that are not tangible, such as the development of
someone’s character, resilience and ability to contribute.”

Mrs Butson believes that giving girls the opportunity to fail in a safe and nurturing environment also gives them a great opportunity to learn — learn what they’re capable of, learn how to make informed decisions and learn how to recover, to get back up on their feet is an example of the non-tangible benefits of guiding.

Young people today are our leaders of tomorrow so the Guides uses a program and activities selected by the girls themselves to challenge
themselves and learn whatever they’re interested in, in a way that challenges.

The element of service is very important to the Guides, and something personified by Mrs Butson’s ongoing service to Girl Guides Australia,
Soroptomists International and her community in general. 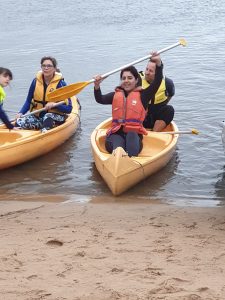 As the Guides State Commissioner for five and a half years, Mrs Butson lead the organisation, the management team within Western Australia and also represented the State on the Australian Board. She says that although the Guides don’t necessarily teach girls to strive for leadership roles, many of the girls do become active in their communities in leading roles due to the skills, confidence and awareness that the Guides helps to equip them with.

With the advances in technology and the internet, communications and connections with people around the world are much more accessible and instantaneous, so it’s much easier for girls to find opportunities to participate in and to understand issues and challenges affecting different communities around the globe.

When asked about recognition of her work and contribution to the community through the Guides and Soroptomists by her appointment as
Member of the Order of Australia, Mrs Butson, like Professor Barker, showed her humility and genuine love for what she does by saying that while awards and recognition were never her motivation, it was a great honour.

“You don’t set out to have that as your end result. You set out because you enjoy doing it, you want to do it and you feel you can make a difference, so you just continue to do it, but I do feel that there are other people in this world that deserve to have these awards as well.”

In response to her experience and genuine belief that there are many deserving people who should also be recognised, Mrs Butson, in her capacity as Chair of the Guides Awards Committee of Western Australia has begun to develop application processes for nominating more women from that organisation for Australian Honours.

“It’s the sense of satisfaction and achievement, and also the opportunities to experience places and meet people that you wouldn’t otherwise have the opportunity to do — they are the reasons I do it, it’s my hobby,” Mrs Butson says of the years of service and the countless hours of contribution, which she also points out is why she doesn’t have time for much else, including knitting and sewing!

This article was first published in the Peel Magazine, Autumn/Winter – vol 5.1 – to read and download the full magazine, click here.