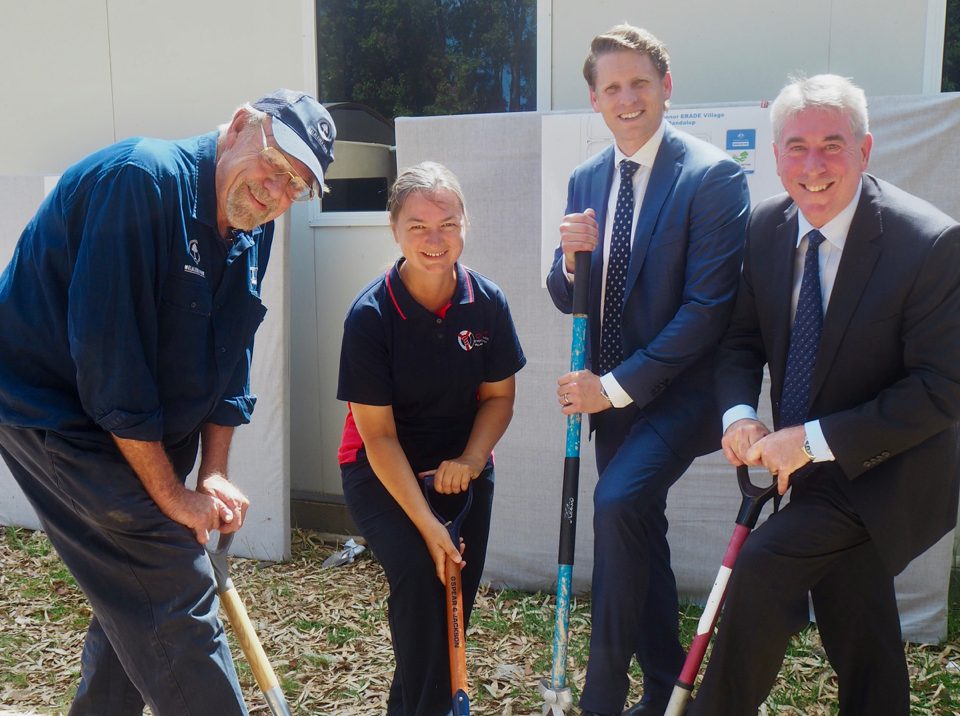 A Turning of the Sod ceremony to celebrate the start of a new construction at North Dandalup has been ground-breaking in more ways than one. The centre’s proponent, the CY O’Connor ERADE Village Foundation, revealed they have letters of intent from two incubator companies who could become the facility’s first tenants.  Founder Professor Roger Dawkins said the project has sparked a great deal of interest.

“We have also recently reached an agreement with Soils for Life, an Australian non-profit organisation dedicated to encouraging the widest possible adoption of regenerative landscape management practices across rural, remote and urban environments, to undertake a trial with innovative WA farmers undertaking regenerative agricultural practices.”

Prof. Dawkins said WA urgently needs agriculture research and innovation.  “It is essential to support advanced research activities and early-stage start-ups focussed on solving problems in the $7.8 trillion global agri-food industry.  We are making it happen by collaborating with industry, all levels of government, Murdoch University and international organisations.”

Dawkins believes the development of the Village is critical to realising the vision for Western Australia’s agriculture sector and addressing employment issues in the Peel region, and has approached its development in a distinctive nonpartisan way.

“We are proud to be partners with Murdoch University, Peel Development Commission and the City of Mandurah in the Future Food Systems application to the Cooperative Research Centres (CRC) Program which supports industry-led collaborations between industry, researchers and the community. It’s a proven model for linking researchers with industry to focus on research and development towards use and commercialisation, and we hope to be able to announce a positive outcome of further funding from this avenue in the near future,” said Prof. Dawkins.

The purpose-built, shared research facility has been planned over the past two years in response to a demonstrated need for support to advance innovations, research and technologies that will improve agriculture production in the Peel and across the globe. The centre will provide businesses, researchers and entrepreneurs with access to food processing, laboratory facilities, meeting rooms, workstations and livestock and pastures and will become a major focus of the North Dandalup Agriculture Research and Innovation Precinct within Transform Peel’s Business Park.

This article was written by and published with thanks from C Y O’CONNOR ERADE VILLAGE FOUNDATION.